The road to Bathurst next week for the final round of the 2021 Touring Car Masters series, where Ryan Hansford is going for his first Australian championship, started back in Adelaide 2020, but as we all know, his amazing start to the 2020 championship got interrupted by Covid 19.

After spending the 2019 season developing the brand new Peters Motorsport built Torana A9x, Ryan immediately showed that the speed had been unlocked in practice at Adelaide. Ryan then put the bright Blue and Yellow Multispares Torana on pole by a decent margin of nearly half a second.

In race 1 he got taken out by one of his biggest fans, John Bowe, and what followed in race 2 was probably the best drive Ryan has done, coming from the back of the grid to win race 2, followed by another comprehensive win in Race 3. The difficulties of developing this new car were behind Ryan and the team and they couldn’t wait to get to round 2.

Fast forward to 2021 and whilst the season has been largely interrupted again, 3 rounds have been completed, starting with Tasmania on Australia Day at Symmons Plains. Having qualified on the front row next to TCM’s all-time winningest driver John Bowe, Ryan had tough weekend fighting with Steve Johnson for the same bit of bitumen and the team juggling different diff ratios caused by the extra speed of the Torana at the end of the back straight. Chief mechanic Pete Phillips changed diff ratios 4 time that weekend, but sadly it turned out they had ratios above and below the perfect one so 2x 3rd places was the best Ryan could manage, but still a good start to the season. 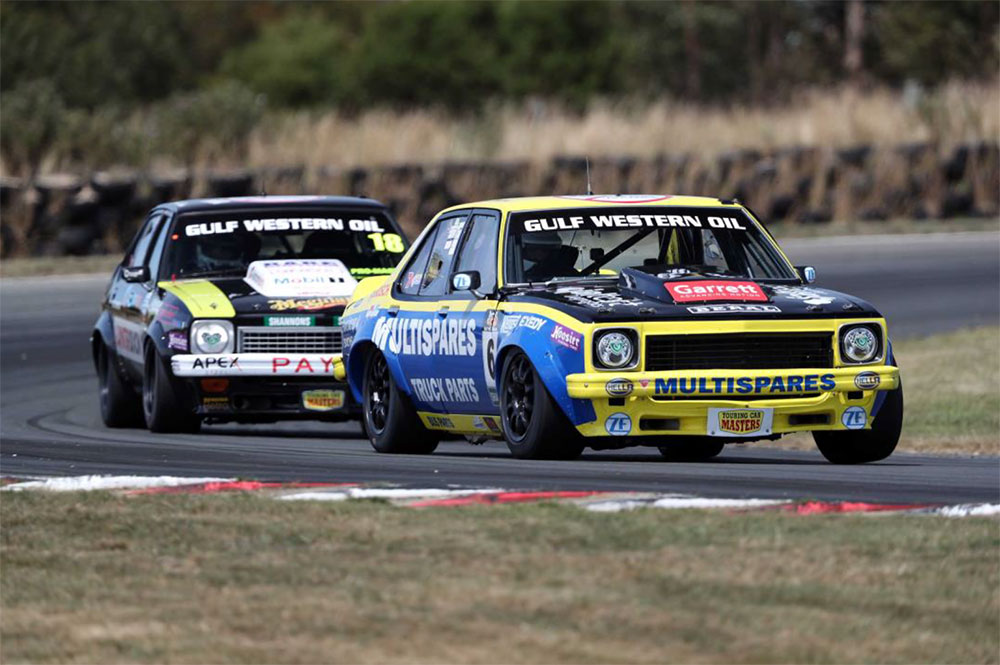 Mt Panorama was the venue for round 2 with Supercars having a new round with a sprint race at Bathurst in February. Ryan qualified 2nd and was leading race 1 when he got a flat tyre. With fibreglass front guards and tyre delaminating he had to pull over at the top of the mountain or the tyre would have blown the guard apart. Ryan lined up race 2 in 18th and once again drove a brilliant race through to 5th and had the fastest lap time of the race.

“I can honestly say this is the best car I have ever driven around this track” said Ryan at the time. “And not only is the best but Rod and Pete have the car set up perfectly” he added.

Ryan started race 3 from 5th and in what was one of the best races in TCM at Bathurst in years, and saw him race to the lead and take the win with another fastest lap. 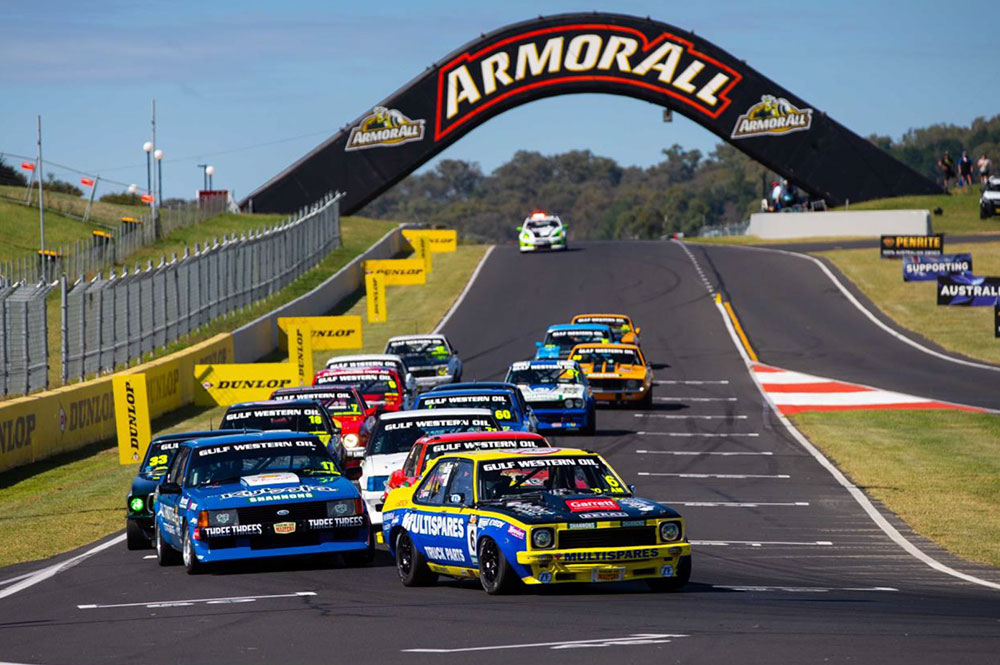 After Bathurst the next couple of rounds were cancelled, but a window opened (Covid) and the next round was held at Sydney Motorsport Park in May. This was going to be a test for the Torana as the previous year the car had been fast but it wore out its rear tyres and by race 3 Ryan was getting passed as if the Torana was running on 6 cylinders. In 2019 while developing the new A9X the team and Ryan found at many tracks they could qualify up the front but couldn’t get the tyres to “live” and with only 4 news tyres allowed each round from qualifying onwards, this was another trick the experienced Bowe and Johnson (and years in the category) had over us.

This time qualifying was at 8pm at night and Ryan was able to get pole position but only by the smallest of margins to Steve Johnson, with .07 of a sec separating them. In race 1 Ryan had both Johnson and Harris pass him off the line, but Ryan drove brilliantly to pass them both and take the win making terrific TV. In race 2 Ryan got a blinder start and lead them into turn one and was able to hold them off, get a gap and take out his 2nd win. Most importantly the tyres were still in great condition. This was a major step forward for the car and team with their new set up. They now have the car different for Qualifying and racing and it appeared to be working.

Ryan once again lined up on the front row but this time he bogged it down and all the big horsepower 6Litre cars blew by, so he really had his work cut out. Steve Johnson had the best start and gapped the field but Ryan was on the charge and picked off car by car each lap, getting to second place with 2 laps to go. His speed was still great and he was hauling in the XD Falcon of Johnson but ran out of laps, so he had to be happy with 2nd but scored the overall round win. SMP has Australia’s biggest tyre degradation (as the Supercars commentators speak about constantly) and Ryan and the team were able to celebrate not only the race wins and round win but just how far they had sorted out this mighty Multispares Torana. 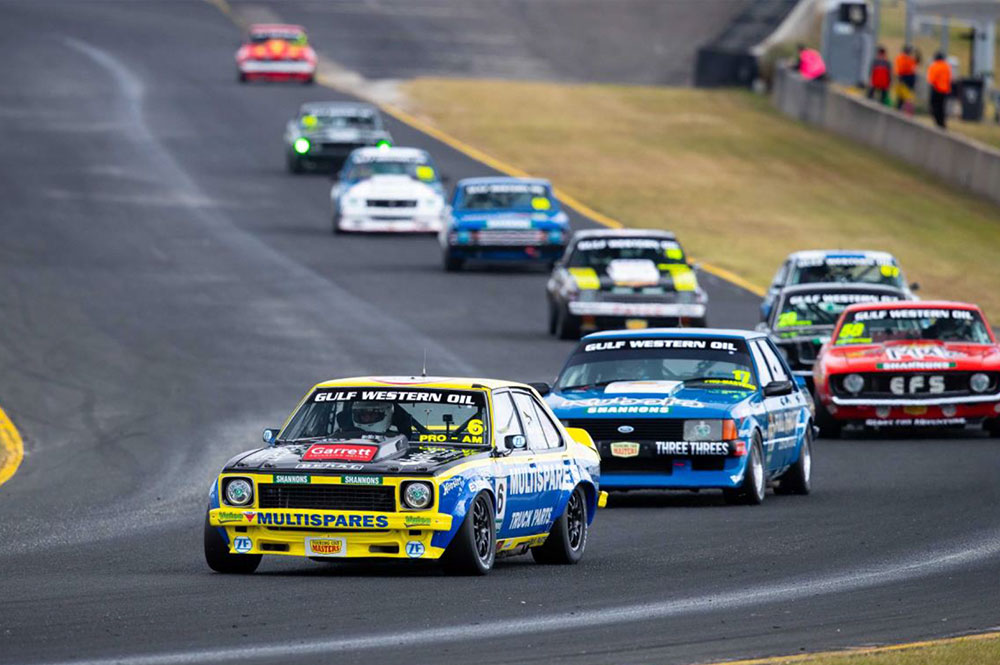 For the season so far Ryan has had 4x wins, 1x 2nd and 2x 3rds and sits second in the overall points and leads the Pro Am (Amateur) class. John Bowe leads on 445, Ryan 435 and third is Marcus Zukanovic on 398 tied with Cam Tilley and Steve Johnson on 387 points. 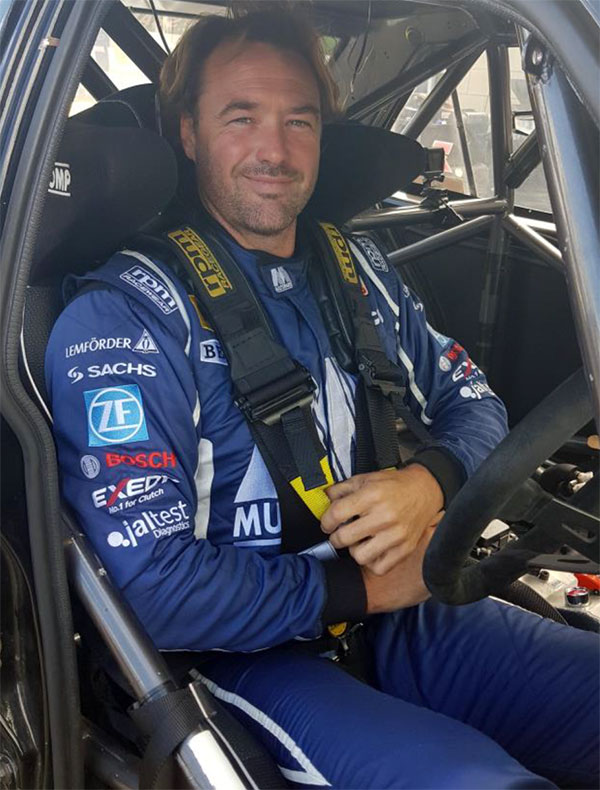 The final round is next week at Bathurst and due to so many race meetings being cancelled will be a 6 day “on track” race meeting for 10 categories. This is twice as many as usual for Mt Panorama and whilst TCM miss out racing on the Sunday morning before the 1000, all practice sessions, qualifying and racing from Tuesday to Sunday will be telecast Live on Network Seven (7Plus or 7Mate), Foxsports and Kayo.

The TCM schedule is as follows, so everyone get your TV’s tuned in and ready to watch Ryan take out his first championship. 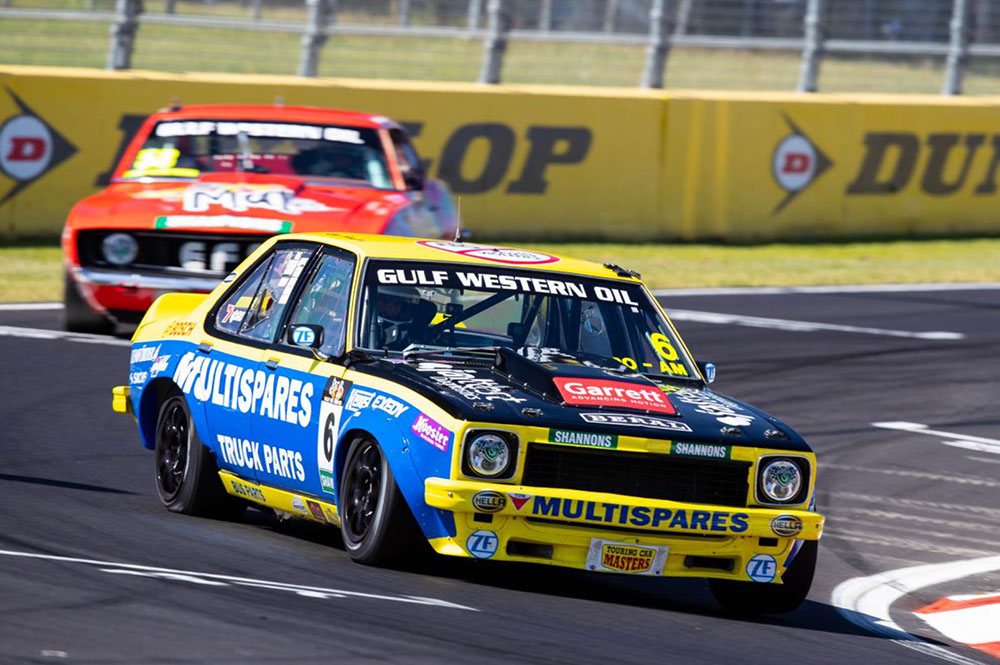 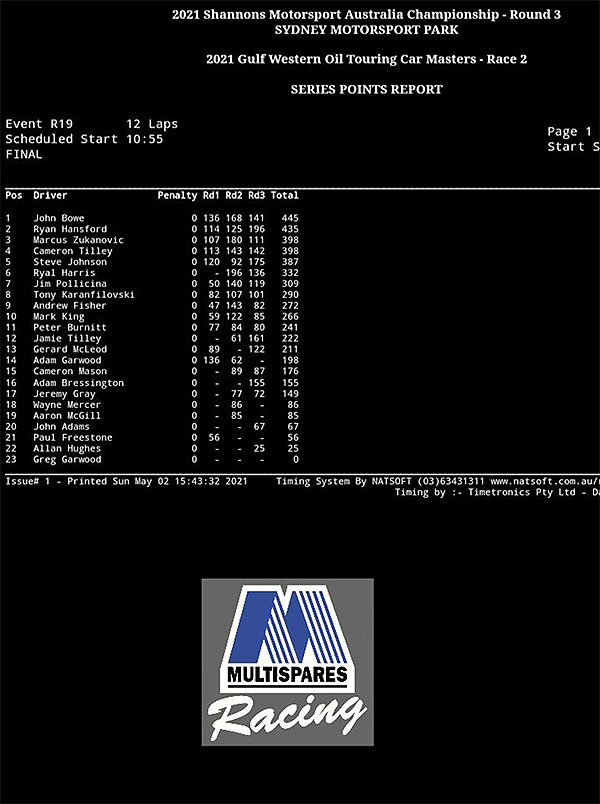