You are here: Home | News | Multispares Racing | Ryan Hansford takes out round 3

Sydney Motorsport Park (SMP) has been a favourite track for Ryan Hansford and his Multispares Torana but Ryan was one race win off a clean sweep for round 3 of the 2021 Gulf Western Oil Touring Car Masters series on May 2nd/3rd.

Ryan set a new qualifying record for TCM cars to secure his second pole position for 2021 and won two of the three races. He also set a new lap record. His 2nd place in race 3, to Steve Johnson, still gave him the round win and had he had a few more laps would have passed Steve to make it a clean sweep. 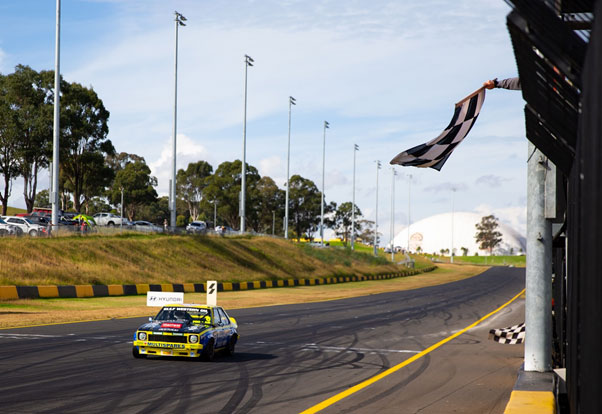 The weekend got underway after lunch on the Friday and Ryan practiced on some older tyres as SMP is notoriously hard on tyres so it was good to see how the Torana felt on older rubber before putting the new Hoosier’s on for qualifying. Ryan said the car felt good and they were only .5 sec off the quickest time (6th fastest) and the team were very confident that most of the cars in front of Ryan had much better tyres and two of them were running in their first round so they had brand new tyres. For your first round of the year you can buy 8 tyres but after that only 4 new tyres are allowed.

Qualifying was held under lights at 8pm so it was well and truly dark and Ryan and the team were confident he would be at the front but the practice result of 6th still left that small doubt. 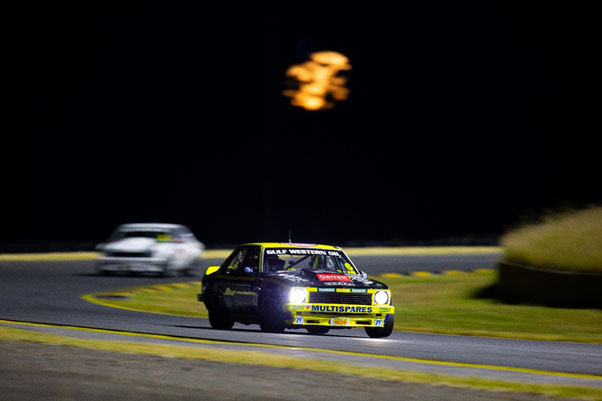 Ryan however delivered not only pole position but broke the all-time TCM qualifying record, one which had stood for several years and also beating Steve Johnson by .07 of a second. It really was a classy lap just like his Bathurst pole where he put all the sectors together and didn’t make any small mistakes.

In race 1 Ryan had both Stevie J and team mate Ryal Harris out drag him to turn 1 but Ryan drove a clever race waiting for their tyres to lose a little grip. There was some fabulous side by side driving and even a touch with his teammate when Ryal tried to stay on the outside in turn 2 but Ryan held his line and also passed Steve Johnson to take another race win.

Once again the team bolted on some worn tyres for the reverse grid “trophy race” for Ryan to get a feel of what the tyres may be like by the end of race 3 and he stormed thorough the field to finish 6th but during the Trophy race John Bowe found some speed and broke the race lap record and finished 2nd from near the rear of the field. Ryan now had Johnson and Bowe to contend with for races 2 and 3. 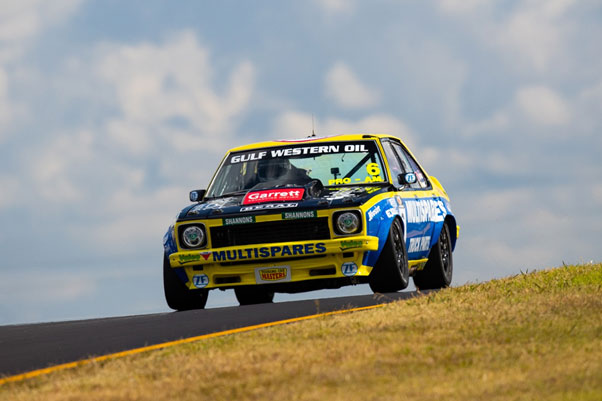 In race 2 Ryan made the perfect start and held the inside line through turn 1 and managed to keep the lead into turn 2. From there like at Bathurst he stretched his lead across the back of the circuit so that he had enough of a lead coming onto the main straight that the bigger 6 Litre engine in the Falcon of Steve Johnson couldn’t pass him. Another commanding drive and race win for Ryan and the mighty Multispares Torana.

In race 3 Ryan made his only mistake of the whole weekend nearly plucking the wrong gear off the start and it was enough for him to be swamped and he dropped back to 7th place. At the end of lap 1 he was still 7th so he only had 9 more laps to get to the lead. The hard work that Ryan and the team have done over the past 12 months paid off as he passed one after another of the cars and unlike in 2019 when it was Ryan’s rear tyres that went off, the Torana stayed stuck to the road and eventually got to second place. The only problem was that Steve Johnson was already 8 seconds up the road. Ryan put his head down and put in some very fast laps to eventually finish only 1.4 seconds behind the improving True Blu Falcon.

“I am absolutely thrilled for Multispares and the Peters Motorsport team” said Ryan after Race 3.

“We really have this fabulous Torana working well and over all three races it was fast and it’s the first time I haven’t had to over drive to keep up with JB, Steve and several other of the quick guys.”

“The Multispares Torana has always been fun to drive but it’s to a point where I am having the best time in my career and it’s just so good to drive”. Ryan added

Bring on Round 4 at Morgan Park in Queensland on June 26/27 and once again telecast live on 7Mate and 7 Plus. 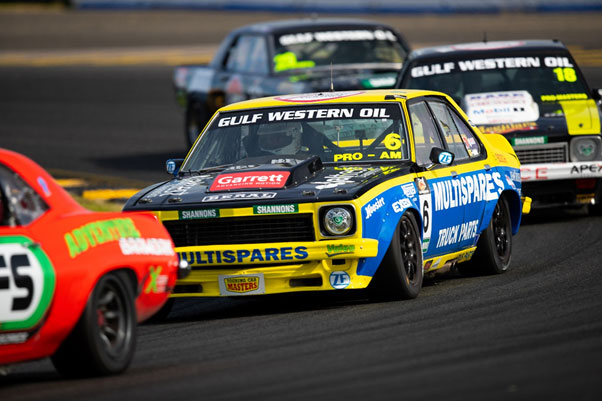 Series points after 3 rounds – Ryan leads his class and is 2nd outright. 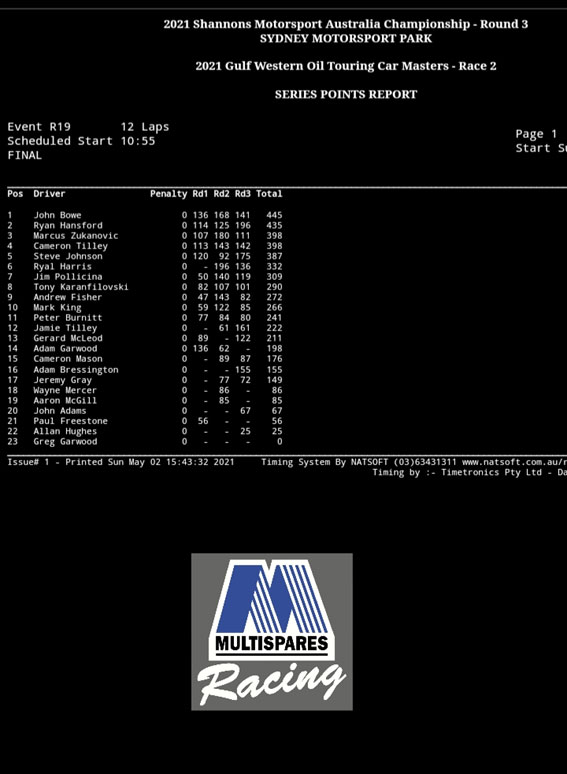