Ryan Hansford has repeated his effort in round 1 by finishing second in round 2 at Sydney Motorsport Park behind veteran John Bowe. This leaves Hansford and his Multispares Torana only 10 points behind Bowe in the series points heading to Townsville on July 8, 9 & 10 for round 3 of the 2022 Gulf Western Oil TCM series. 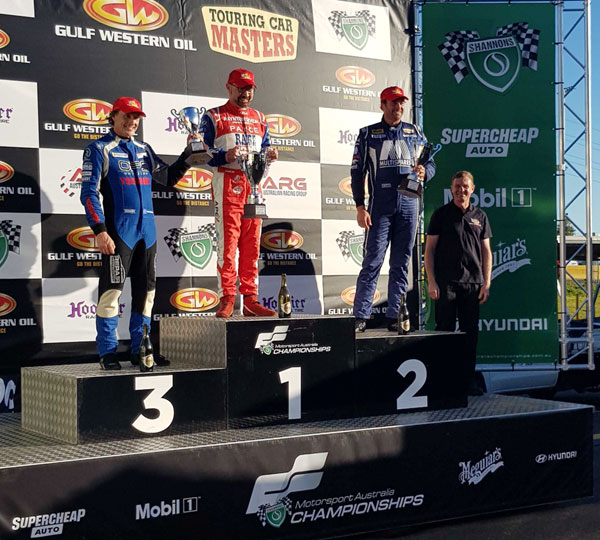 Qualifying was held under lights again for round 2 and just as it was a couple of months earlier there was a battle royale with 4 different drivers at the top throughout the 20 minute session. With 5 minutes to go John Bowe drove a fabulous lap to take the spot from Ryan. With time running out Ryan wanted to preserve his new tyres but he decided to have one last crack and put everything into his final lap but came up short by .05 (5 hundredths) of a second in yet another super close qualifying battle with Australia’s most winningest race driver of all time – John Bowe. 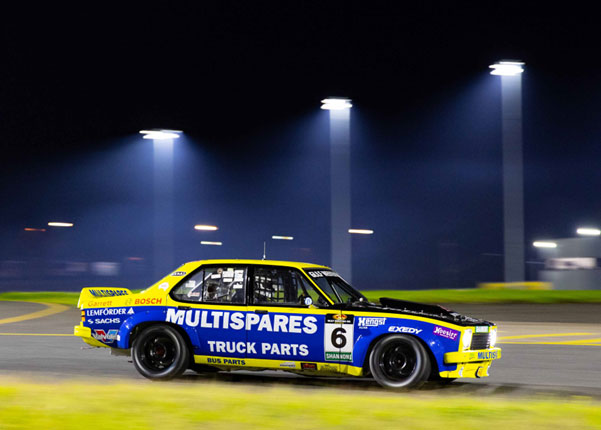 Ryan proceeded to finish 3rd in race 1, followed by two 2nd places in Race 2 and race 3. Ex Supercar driver and race winner in categories from Formula Ford to Porsche Cup, Cam McConville finished 3rd overall for the round and is another high profile addition to the Touring Car Masters series.

Here is a link to the latest in-car video we posted where Ryan is right on the tail of George Miedecke’s Camaro until he finally finds a way past.

With the next round in Townsville coming up soon, the team headed to Queensland Raceway last Friday for some practice to try some softer rear springs and a different rear sway bar. The goal was to get the rear tyres to live a bit longer. With every competitor only allowed 4 new tyres per round, one of the secrets and challenges of TCM is to not wear out your tyres too early and make them last all the way to the end of race 3. With days available to practice at QR hard to find, the day started early and with many cars across many categories all looking for track time the team had 3x 15 min sessions in the morning followed by 3x 15 min sessions in the afternoon to try some different settings. 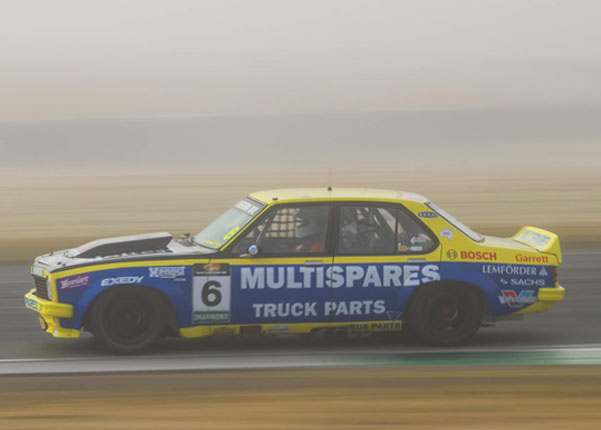 A foggy and cold start to the day at Queensland Raceway

At the end of the day Ryan and the team are very happy with the progress made and Ryan had the following to say about what they achieved.

“We have made a big gain today and I have lapped .7 of a second faster than I have ever gone here at QR” said Ryan.

“Not only that, but I was able to punch out 5 or 6 laps all within a tenth or two of my best time ever and it appears the rear tyres are hanging there, which is really encouraging” added Ryan

The Townsville TCM round will be telecast live on Fox Sports and Kayo July 8, 9 &10. Friday will see Qualifying and the reverse grid “Trophy Race” shown following by one race on Saturday and two on Sunday. 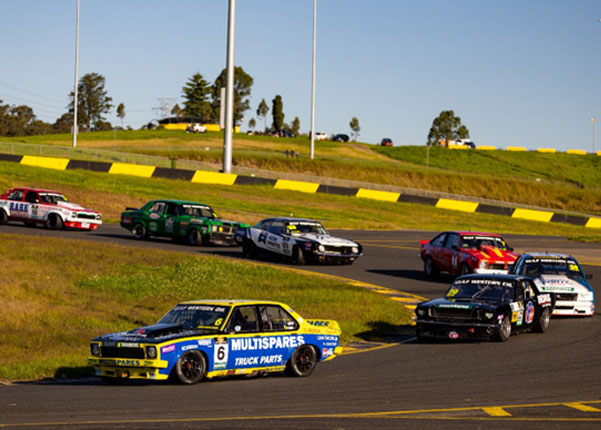 Ryan leading the pack at SMP