Round 3 of the Paynter Dixon Touring car Masters Series moved to rural Victoria last weekend at Winton Raceway, 2 hours north of Melbourne.
With chilly mornings greeting the team, the first point of call was to plug the Multispares Torana in to the 240v and warm up the oil, before the 5Litre Chev can be started. To achieve the permissible 5L, the engine is a 327 Chev de-stroked back to 5 Litre and has to run the mandatory series Brodix heads. They do however allow 8000rpm so there is nothing better than standing at the fence as the Multispares Torana howls by… 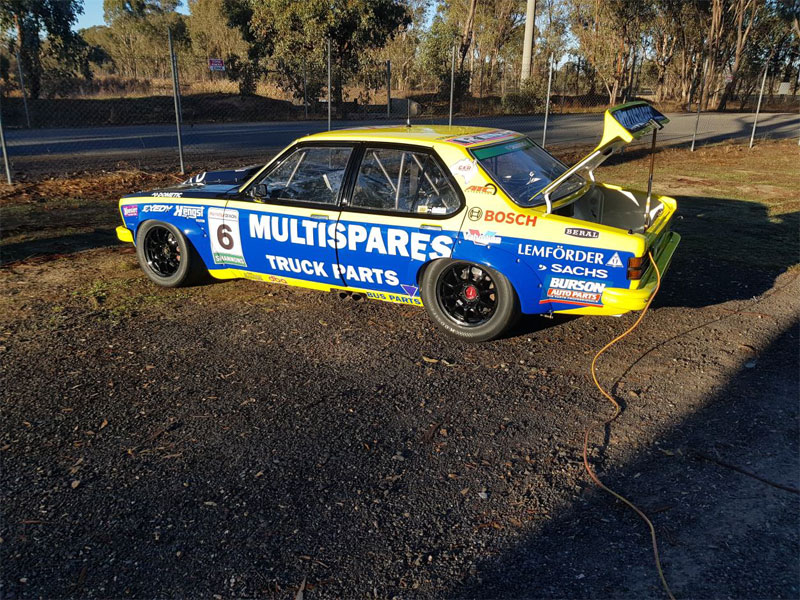 Practice one was on Friday morning and Ryan was fastest with nearly .9 of a second gap to Steve Johnson in the Mustang. Whilst he was fastest for most of the session the 1.29.63 lap was near perfection, under the lap record and one of those laps that you remember for a long time.

Qualifying was next up and as usual with only 4 tyres for the rest of the weekend it is important to put down a fast time in 3-4 hard laps so that you can save the tyres for the races. Ryan’s earplugs had come out in his helmet and he didn’t hear Rod on the radio properly so called it after his 3rd 100% flying lap after warming everything up. He came in to pits thinking he was quickest but in fact was .07 sec off Steve Johnson. Both had a good gap to 3rd so it was decided to save the tyres rather than going out for another 2 or 3 laps to try get pole position. 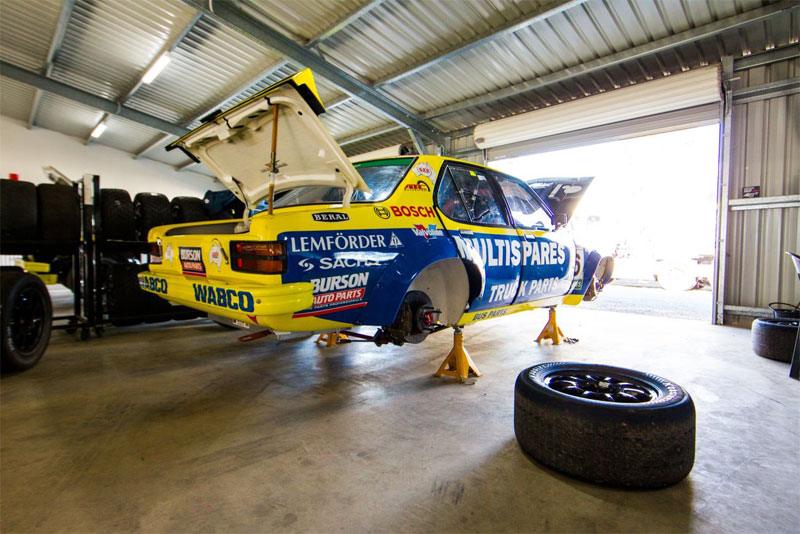 This speed is a fantastic sign that the new Torana is now in the “window” as they say and the next step was try some small changes during the course of the weekend to try and unlock even more speed as Ryan felt it still had more.

In Race 1 Steve Johnson got the jump and Ryan slotted right in behind him and for the first 5-6 laps sat on his rear bumper. He then tried to cool his tyres a little having used the rears pretty hard to keep up with “Mustang Sally” (as it’s affectionately known). In the end Ryan crossed the finish line less than a second behind Steve which is the best finish for Ryan in terms of speed since he and the team started this TCM journey.

Ryan did win a race last year but Steve Johnson had not finished. In terms of John Bowe and the rest of the most competitive field in 10 years, this result was a terrific boost to all the team. 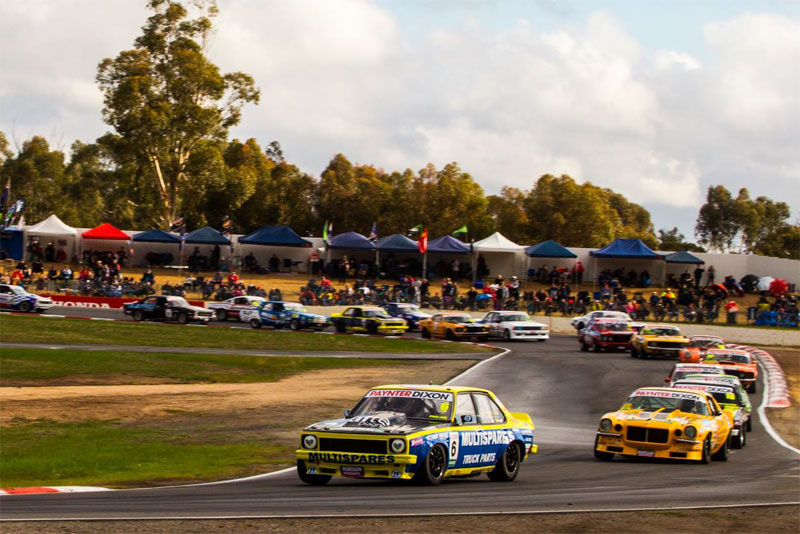 Race 2 Ryan lined up again on the front row but this time had John Bowe on his rear bumper after Ryan and Rod had decided on a small change to the Torana. The idea was to give the car more speed towards the end of the race with the main adjustment being the rear tyre pressures, but JB took full advantage and was trying every trick in the book, even flashing his head lights down every straight.

Flying the kerb and braking hard into the hairpin Ryan felt the brake pedal go harder than normal and just ran wide onto the slippery edge and lost a few places getting back on track, eventually finishing 7th.

Starting back in the pack a little in Race 3 Ryan was finding it hard to pass but had an almighty battle with Marcus Zukanovic in his new XD Falcon, twice passing him but running wide and letting Marcus get back in front. This dice was the best of the race and the TV cameras were right on the dice for many laps. 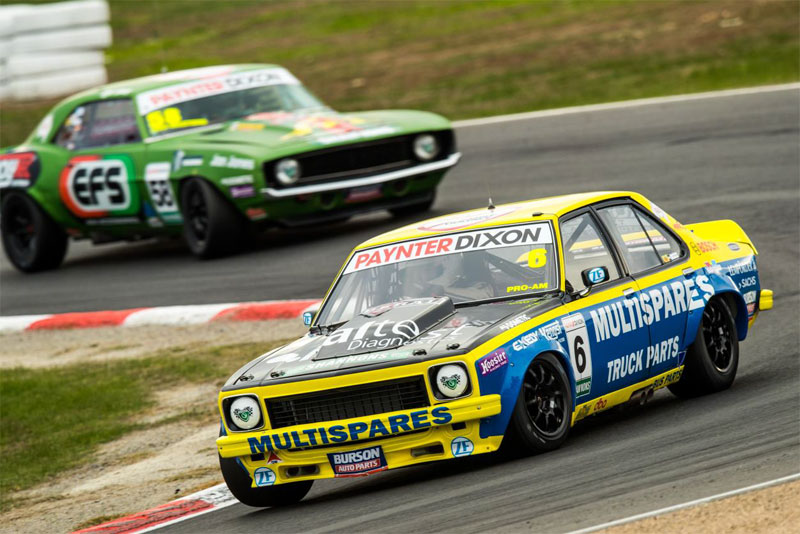 In summing up the weekend, the team are stoked with the progress and Ryan is pushing hard.

“While I’m a little disappointed Sunday didn’t go as well as qualifying and race 1, I’m happy with the progress myself and the car is making” said Ryan
“TCM at the front is super intense and I do have to remind myself just how much experience Steve and Bowie have”. “I am confident that at our home race at Queensland Raceway at the next round and the back half of the season, we can continue to race at the very front of the field.” Added Ryan
Round 4, Queensland Raceway July 26, 27 &28