After a successful round 2 of the Touring Car Master’s series at Winton Raceway recently, Ryan Hansford and the Multispares have moved to second in the Pro Am series points.
After making the Torana more comfortable for Ryan to drive he came out blazingly fast in the wet practice sessions on the Friday some 1.8 secs faster than second placed Steve Johnson. Ryan’s smooth driving style combined with the set-up of the Torana with its new wet tyres meant he was in total control of the 600+bhp SLR5000.

After the drenching on Friday the teams had a dry track for qualifying and Ryan found the power steering was failing but he was able to “man handle” the Multispares Torana into 5th fastest, but with no time to fit a new power steering pump he went out in race 1 expecting to work up a sweat. Race 1 was the reverse grid race so starting 20th, Ryan finished 8th, passing 12 cars in the 12 lap battle.

After getting out of the Torana looking like it was the middle of summer, Ryan said “That was the longest 12 laps I have ever done. In the dry it’s a beast to drive but with virtually no power steering I am surprised how hard it was. It was really good to pass so many cars but I had to make all the passes cleanly as I wasn’t confident if I had to take a quick change of direction.”
For Race 2, Ryan started 5th and with the new pump fitted early after being driven up from Melbourne, he got a ripper start but exiting turn 2 the leader looped his car in front of the whole field and a massive 6 or 7 car crash happened. Ryan’s quick reflexes allowed him to miss the spinning car and for a couple of corners he led what was left of the field. With so many crashed cars officials had no choice but to red flag the race, with the crash being replayed many times looking out from Ryan’s in-car camera.

In race 3 Ryan drove a solid race battling just behind the leader and finished 4th, after finding the set up in the suspension not quite tuned to perfection.

“With Friday wet and then the power steering the crew and I didn’t really get a handle on the handling and diff ratio for the tight and twisty Winton track, but if we come back next year, we now have a good starting point” said Hansford after Race 3.

“After 2 rounds we are starting to get a handle on how to tune the suspension, match the diff ratio to the engine strength’s plus me having to drive it the right way to get the best lap times” He continued.

Round 3 is at Hidden Valley raceway in Darwin on June 16 – 18, so it’s back to the workshop for a once over and a diff ratio change so that the mighty Torana is fast down the long straight of the Hidden Valley track.

Straight after Winton the Torana was put on trailer so it could be front and centre at the Brisbane Truck Show where it got plenty of attention and brought the place to a standstill when driving it in and out of the convention centre with that classic 600HP bark. 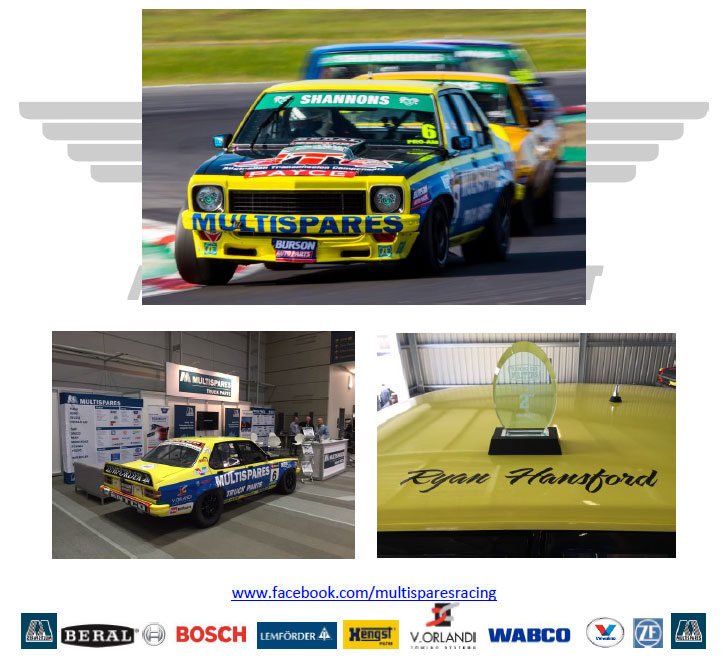