You are here: Home | News | Multispares Racing | 2021 TCM Round 6 and End-of-Series Review

Whilst covid spoilt some of the party this year, we still managed to squeeze in 6 rounds of the Touring Car Masters series and finished our season at Mt Panorama Bathurst with a massive 6-day event and once again TCM delivered the best racing of the week.

Ryan Hansford and the Multispares Torana had their best season since joining TCM, winning 3 races, the Pro Am championship and 2nd overall to John Bowe in the outright championship.

Ryan was the fastest driver all season picking up wins and podiums but a flat tyre at Bathurst in round 2 and a failure with a lift pump at Bathurst in November was the difference between taking out the series and 2nd place.

By the time the field arrived back at Mount Panorama in November the front of the field were all lapping a full second faster and Ryan responded with a brilliant qualifying lap only just missing pole position to Steve Johnson, and sure enough bang on a 1 second faster than he had been in February. 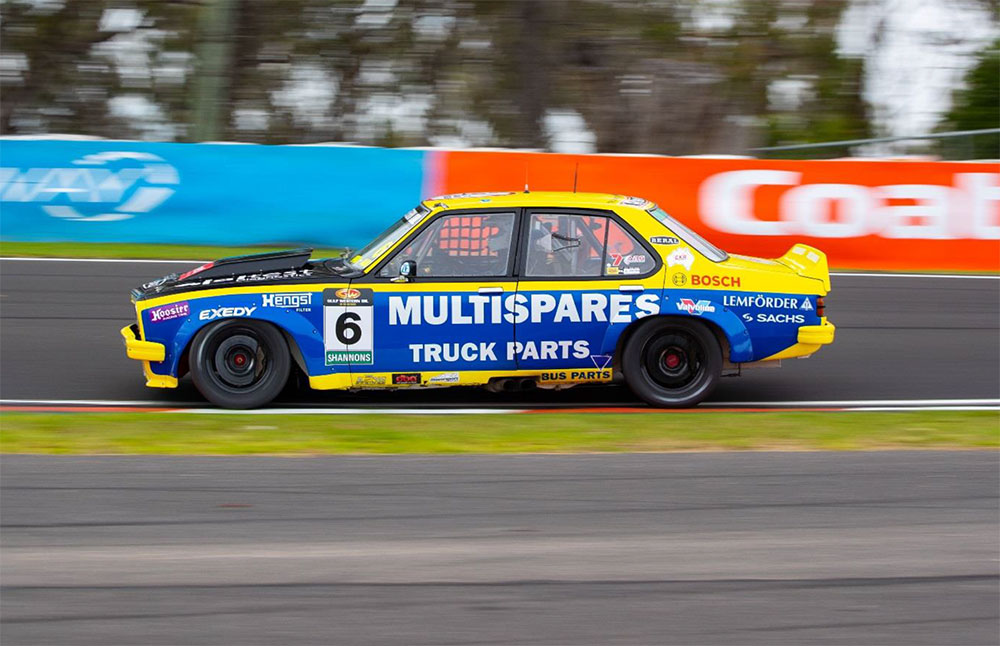 The reverse grid “Trophy Race” was first up and having qualified 2nd it meant Ryan started from the last row with Steve Johnson. As with most trophy races Ryan was cautious on lap 1, but soon started to pick off the cars and whilst it is very difficult to pass over the top of the mountain the TV caught the bright Blue and Yellow Multispares Torana and we got to see some awesome passes and by the chequered flag Ryan had got up to 4th place.

Race 1 was next up and Ryan got smoked at the start by the cars around him with 6 litre engines, however he raced hard and smart managing to finish 2nd, 1.5seconds behind Steve Johnson. He also nearly matched Johnsons best lap time and went .2 of a second faster than he did in qualifying. After the race he was quite upbeat about the speed of the 5.0L A9X Torana.

“I just can’t keep up with them on the two long straights and once I get behind them, there is nowhere to pass across the top, so I super pleased to have done that lap time in race 1” – “it’s certainly fast, that’s for sure” added Ryan

Race 2 Ryan started on the front row again and whilst he dropped a spot to one of the Camaro’s on lap 1 he managed a great pass to regain 2nd place and settled in to conserve his tyres hoping to slowly catch Steve Johnson at the end of the race. But on lap 6 heading up mountain straight disaster struck. The car cut out, and Ryan pulled off to the side of the track and after switching it off and on and checking all the “vitals” he tried one more time and it started, but this time as he got to the cutting it really cut out and he had to park it.

After Ryan and the Torana got back to the pits, Ryan quickly explained to car owner Rod Dawson, what had happened and they immediately started checking both fuel and spark. Fortunately with so many categories racing and spread over 6 days the team had time to find the issue and fix it for race 3. One of the lift pumps inside the fuel tank had failed, and by chance the Triple 8/Mercedes racing spare parts truck was at Bathurst and had the exact same and correct pump so Ryan would be back on track the next day and still an outside chance of taking the outright series as well as his class win. 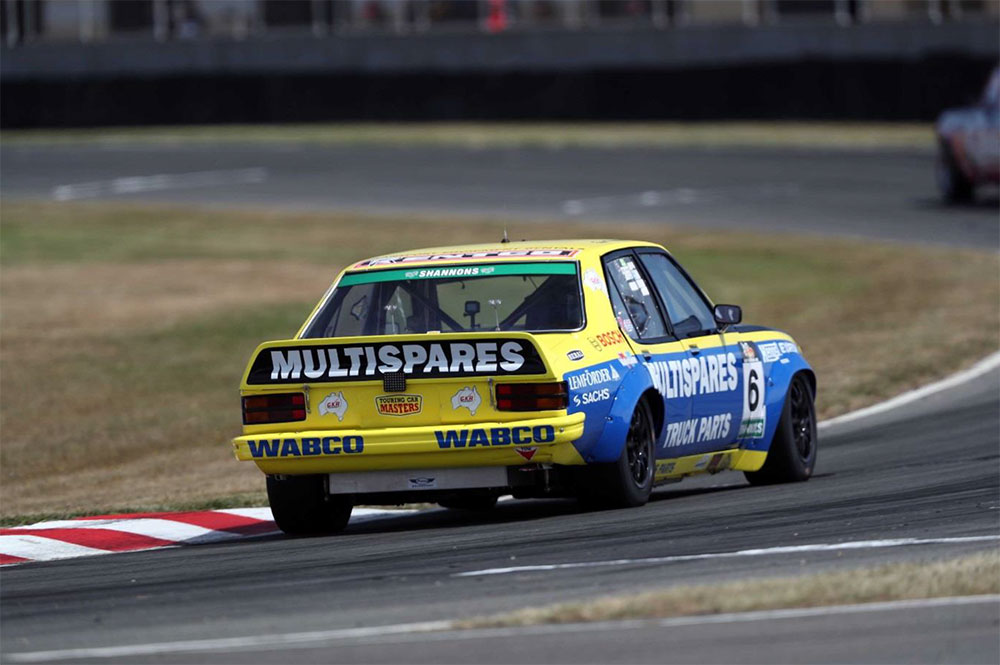 After his DNF Ryan was starting from the back. All those Trophy races would help him make his way through the field, but it sure was a long shot. Ryan pushed hard on the opening lap and got to 7th, which put him on the back of all the quick cars and drivers and they were all racing for championship spots and weren’t going to give up their position easily.

The racing was hard and the strengths of the Torana weren’t able to be used across the top so Ryan was trying everything to get past some cars.

Into the chase at 286km/h Ryan left his braking a fraction late and fired it across the grass but was able to re-join but had lost a couple of places. Once again he passed a couple of cars to get back those spots. He was going for it and giving it everything but braking into Murrays corner he just locked a rear wheel and had a half spin. He was able to get it going quickly and Ryan finished 8th which was good enough to take out the Pro Masters title.

2022 here we come. Some new shock absorbers are under development and the team will be back hungrier than ever.

Thanks for everyone’s support this season. Merry Christmas and Happy New Year.